You are here: Home / ADHD / ADHD in Children / Early Stages of Childhood ADHD/ODD 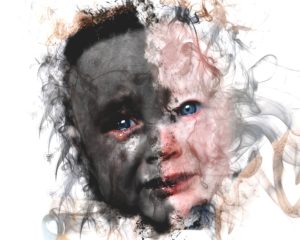 Behaviors my ADHD/ODD child showed in early childhood were not consistent with other children.  I knew something wasn’t right when we would spend hours trying to get him to do the simplest of tasks:  taking a bath and learning boundaries of others.   He didn’t listen to the word “no” from us nor his peers.  Reflecting back, labor was difficult and it was a sign of the parenting challenges that lie ahead. Long, painful and difficult.

Having colic, I would spend hours trying to sooth him.   Little seemed to satisfy him.  I was the mom you saw who walking with her screaming infant on the street to soothe him.  On the bike trail I would be walking my screaming infant in the stroller.  In the grocery store, I was the mom who carried her screaming toddler out because I refused to buy him items on display at the register. Getting him to sleep in his crib, we sat for hours at his door during the night to get him to remain in his crib.

We had to wrap a bungee cord around the stereo door for him to quit playing with the knobs.  Yet he learned how to remove the bungee cord.  As his defiance grew, so did my discipline.  It didn’t work.  Nothing worked.  Even though I was doing all the “right” things, reading the right books, searching the internet for advice, yet nothing was working.

Researching ADHD symptoms in children became an obsession.  According to CHADD, The National Resource on ADHD, he met all the symptoms.  At a visit with his pediatrician,  I was frustrated, exhausted and in tears.   Literally dragging him out of the car seat since he refused to get out of the car seat was embarrassing.   Discussing with the doctor what we were going through and this was the first time I heard of Oppositional Defiant Disorder.  The doctor also mentioned ADHD and stated as the age of four, he needed an evaluation before she would prescribe medicine.  I understood, yet I was feeling more failure as a parent every day.

He was evaluated and was told he was “a very busy little boy”.  Trial and error of medicines began and he was first put on Ritalin and later was moved to Adderall, Vyvanse, Concerta and Paxil. Some medicines worked and some didn’t.  We finally went to another doctor and therapist that specialized in ADHD/ODD behaviors.  Finally, I felt some relief but we were still had a long road ahead.

Attended years of Cognitive Behavior Therapy  helped.   Using sticker charts, chore charts and rewards from the dollar store encouraged good behavior.  Ignoring his temper tantrums while he was trying to arouse a charge out of us was hard.

This is just the tip of the iceberg on what was to follow.  As a parent of a child with an ADHD/ODD, I would spend many years advocating for him, being his safeguard and watching him not be invited to many events over the years because of his behavior.  Hearing others’ unwanted point of views were hurtful.  I would end up cutting people out of my life because of this as I knew my child and what was best for my child.

What experiences have you had with an ADHD/ODD child?  I would love to hear your stories of discovering this in early childhood and your feelings as a parent.  Please share!